My daughter was just born just over three months ago and she is in the process of receiving the recommended series of vaccines.  This series includes vaccines to protect children against the Hepatitis B Virus (HBV).  But does the vaccine work?  Generally, the answer is yes, but maybe not as universally as once thought.  Heptology reports that some children may eventually lose their immunity.  Science Daily summarizes these findings.

New research reveals that a significant number of adolescents lose their protection from hepatitis B virus (HBV) infection, despite having received a complete vaccination series as infants. Results in the January 2013 issue of Hepatology…suggest teens with high-risk mothers (those positive for HBeAg) and teens whose immune system fails to remember a previous viral exposure (immunological memory) are behind HBV reinfection

This study, which took place in Taiwan, found that much of the cause of the post-vaccination transmission was due to mothers passing the disease to their children.  What is the solution?  One of the co-authors has, Li-Yu Wang, has their own opinion:

Certainly the HBV vaccine program was a great success in Taiwan. For adolescents who lose protection, a HBV vaccination booster at age 15 or older should be considered, particularly in those born to HBsAg positive mothers or who had a high-risk of HBV exposure. Those born to high-risk mothers should first be screened for HBsAg.

According to the WHO, 600,000 people die every year due to the acute or chronic consequences of Hepatitis B.   There are 350 million HBV infected individuals worldwide.  The prevalence of chronic HBV infection varies significantly across counties, ranging over 10% in some Asian and Western Pacific countries to under 0.5% in the United States and northern European countries.

Below is a map of the global prevalence of HBV: 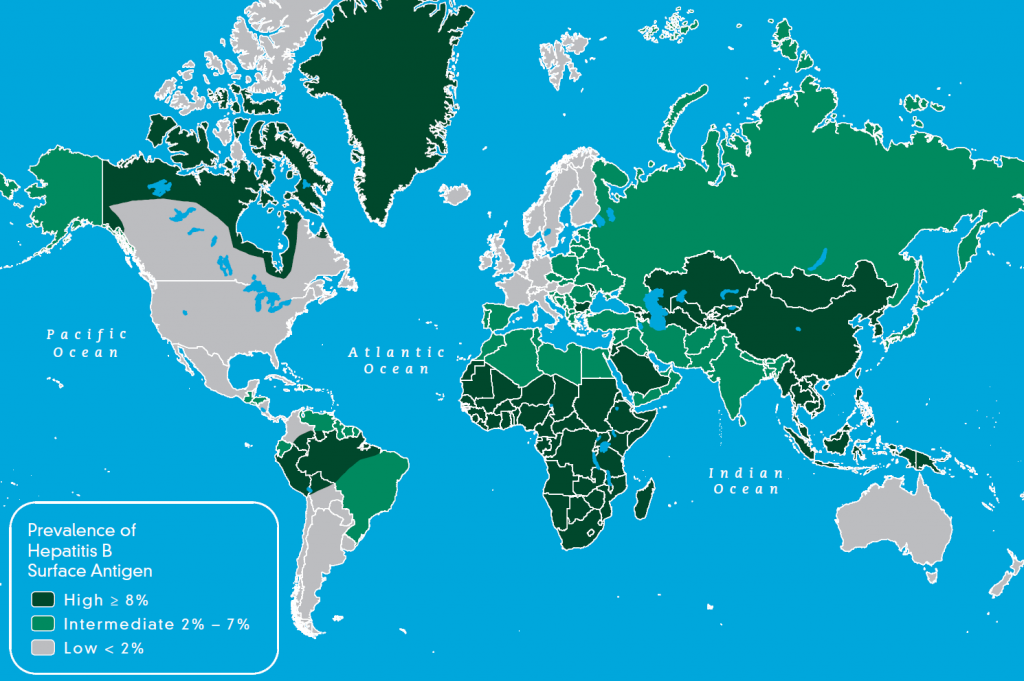