The CMS’ Office of the Actuary estimates the impact of the House health care reform bill on insurance coverage 10 years in the future: 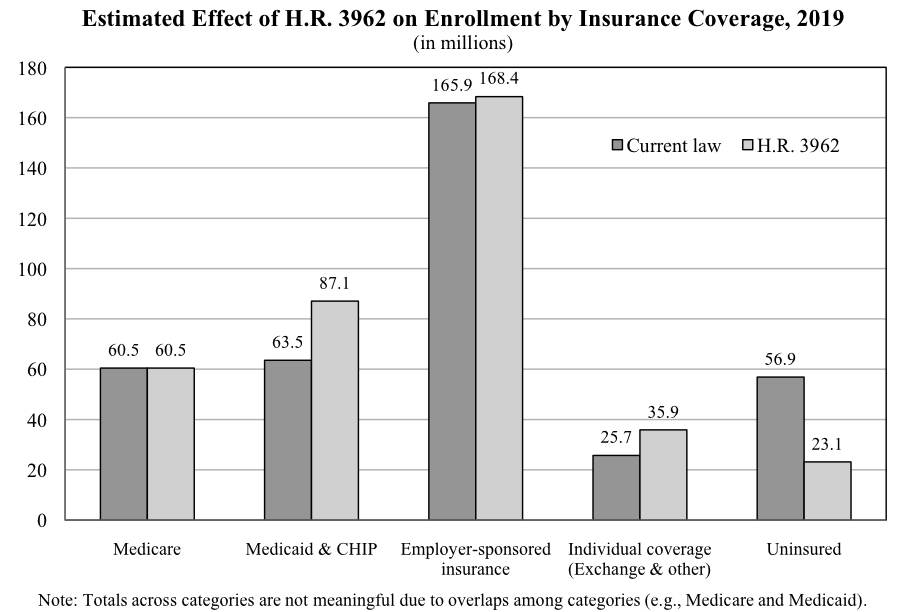 One can see that the number of uninsured drops dramatically, but there will still be over 20 million Americans without insurance. The most interesting and difficult part of the analysis is the impact on employer-provided insurance.  According to OACT:

“By 2019, an estimated 15 million workers and family members would become newly covered as a result of additional employers offering health coverage and a greater proportion of workers enrolling in employer plans. However, a number of workers who currently have employer coverage would likely become enrolled in the expanded Medicaid program or receive subsidized coverage through the Exchange. For example, some smaller employers would be inclined to terminate their existing coverage, and companies with low average salaries might find it to their—and their employees’—advantage to end their plans, thereby allowing their workers to qualify for heavily subsidized coverage through the Exchange. Somewhat similarly, many part-time workers could obtain coverage more inexpensively through the Exchange or by enrolling in the expanded Medicaid program.“