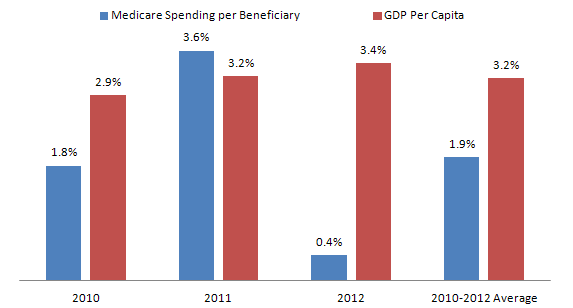 What is the cause of the slowdown? Kronick and Po attribute much of the slowing growth rates to the Affordable Care Act. In fact, they claims that it is “the primary cause of the projections of continued slow growth over the next decade.”

Other factors, however, are affecting the average Medicare spending rates. As baby boomers reach the age of Medicare eligibility, the average age of Medicare beneficiaries will decline somewhat over the coming decade. The authors estimate that boomer aging “…will cause expenditures per beneficiary to grow by approximately 0.2% per year more slowly over the next decade then they would if the age structure were constant.” The following picture shows that CMS’s Office of the Actuary (OACT) projects that excess cost growth will only a small effect of Medicare excess cost growth rates over the next 25 years. 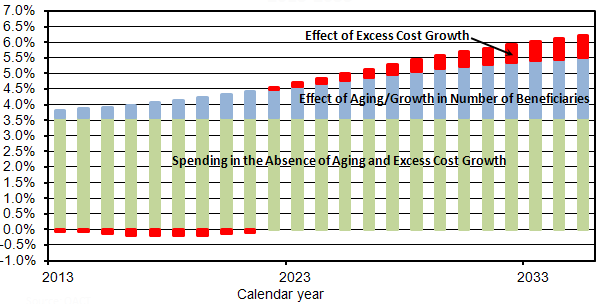