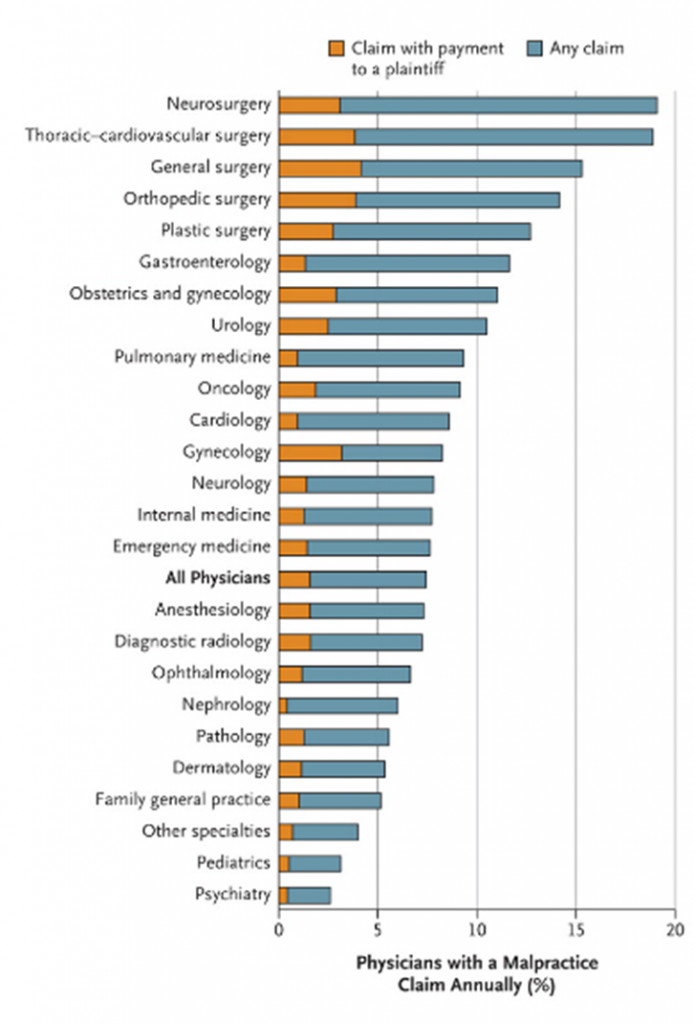 As the second figure below demonstrates, the typical payout, however, is highest for neurosurgery, neurology, internal medicine, pulmonary medicine and general surgery. 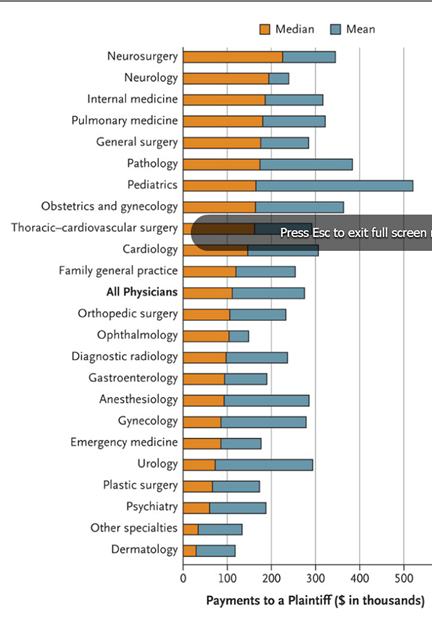 The authors conclude the following:

Using physician-level malpractice claims from a nationwide liability insurer, we found substantial variability across specialties in each of these descriptors of liability risk. Specialties in which the largest proportion of physicians faced a claim were not necessarily those with the highest average payment size. For example, physicians in obstetrics and general surgery — both fields that are regarded as high-risk specialties — were substantially more likely to face a claim than pediatricians and pathologists, yet the average payments among pediatricians and pathologists were considerably greater.