Although many people believe that the U.S. healthcare system is a free-market, that is far from the case.  Consider nursing homes.  Two-thirds of patient spending on nursing home care comes from public sources. 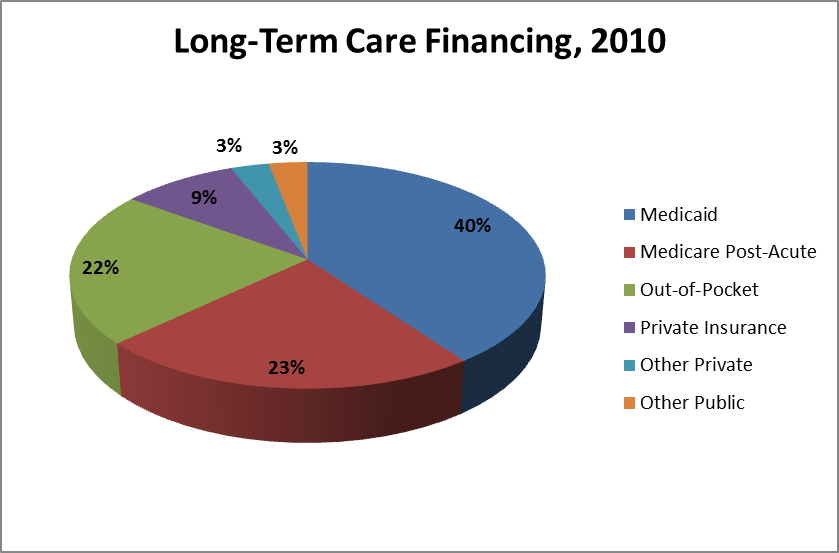 Not only do public funds pay for the variable cost of running nursing homes, but the federal government also provides low-interest loans to nursing homes. MedPAC reports:

Lending by the Department of Housing and Urban Development (HUD) continues to be an important source of funds [for nursing homes]. Since 2008, HUD’s lending dramatically increased as a result of an overhaul of its federally insured mortgage program for nursing homes under Section 232/222. Between 2010 and 2011, the number of HUD financed projects increased 14 percent (to 421 projects), with insured amounts totaling $3.4 billion in 2011…HUD is expected to maintain the same level of activity for 2012, but projects may be smaller.

Public financing is not a problem if the government is receiving a good value for its money. It appears, however, that skilled nursing facilities are making money hand over fist.

In 2010, the aggregate Medicare margin for freestanding SNFs was 18.5 percent, the 10th consecutive year with average margins above 10 percent. Since 2006, Medicare payments per day have increased faster than costs per day, resulting in growing SNF margins. From 2009 to 2010, aggregate Medicare payments per day grew 4.2 percent, while Medicare costs per day grew 3.6 percent…There has been a large decline in the number of SNFs with negative Medicare margins and the size of their losses.

Another reason it appears that CMS is overpaying for services is that Medicare’s FFS program pays a 34 percent higher price to skilled nursing facilities than do private insurers through Medicare Advantage. Although MA beneficiaries needing SNF services are likely healthier than FFS needed similar services, it is unlikely that patient case mix justifies this differential.

Nursing homes have generally been losing money on Medicaid patients.  The aggregate non-Medicare margin was -1.2 percent in 2010.