In 2011, the worldwide prevalence of HIV and AIDS was 34 million.  In that same year, 1.7 million people died of HIV or AIDS.

However, the growth in HIV may be slowing.  Al Jazeera reports:

Globally, new HIV infections are down by 33 percent since 2001 and have been more than halved among children. But HIV is far from being a problem of the past.

Much of the progress in combating HIV transmission has come from increased access to antiretroviral drugs, according to the report. They work by significantly reducing the amount of HIV active in infected people. If given to pregnant women, the drugs can prevent the transmission of HIV from mother to child.

Despite the positive trend, the HIV/AIDS epidemic is far from over, as this map demonstrates. 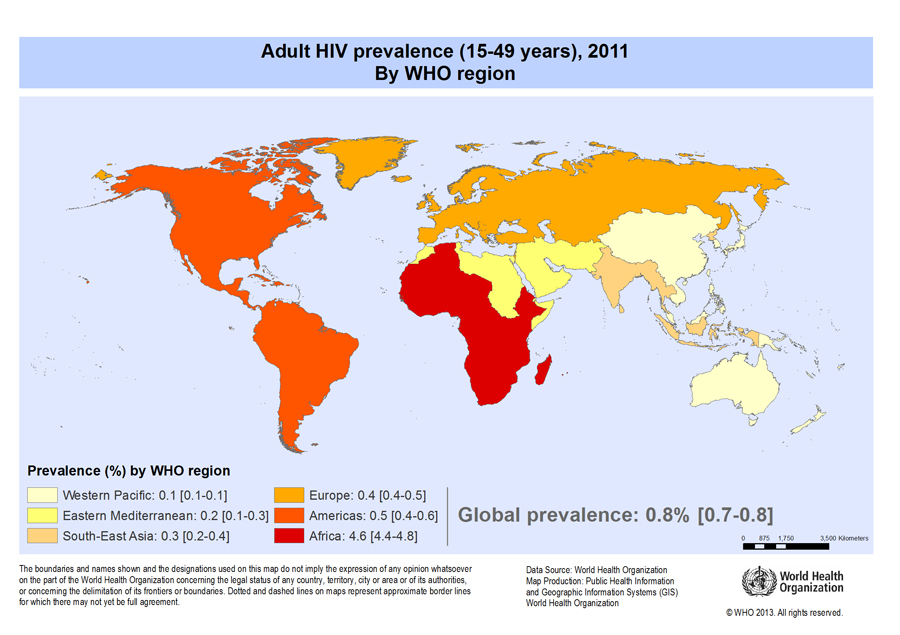