Consumers in 30 states (60%) will have the option of at least one plan operating as both a qualified health plan (QHP) in the health insurance exchange (HIX) and as a Medicaid managed care organization (MMCO), according to an Avalere analysis. In these states, Medicaid beneficiaries may be able to enroll in a plan offered by the same insurer in the exchange based on whether their income increases over time.

“Plans that bridge Medicaid and exchanges represent an important new pathway to improve continuity of care. Consumers moving from Medicaid in one year and to exchanges the next will be more likely to stay with the same physicians and access the same medications,” said Matt Eyles, executive vice president at Avalere Health. 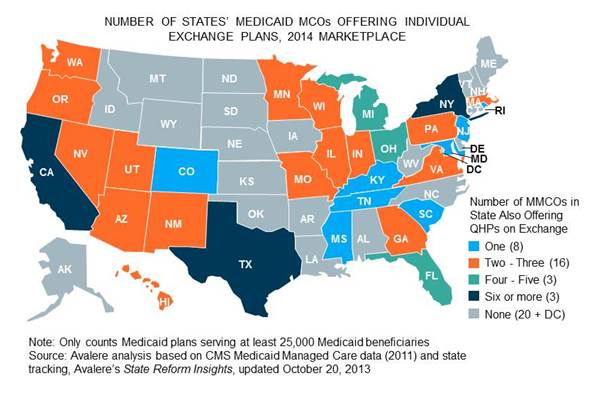