Is Google going into the optometry business?  You’ve probably heard of Google Glass, but recently Google has built a contact lens.  The contact lens would not only improve your vision, but it could also monitor your diabetes levels. 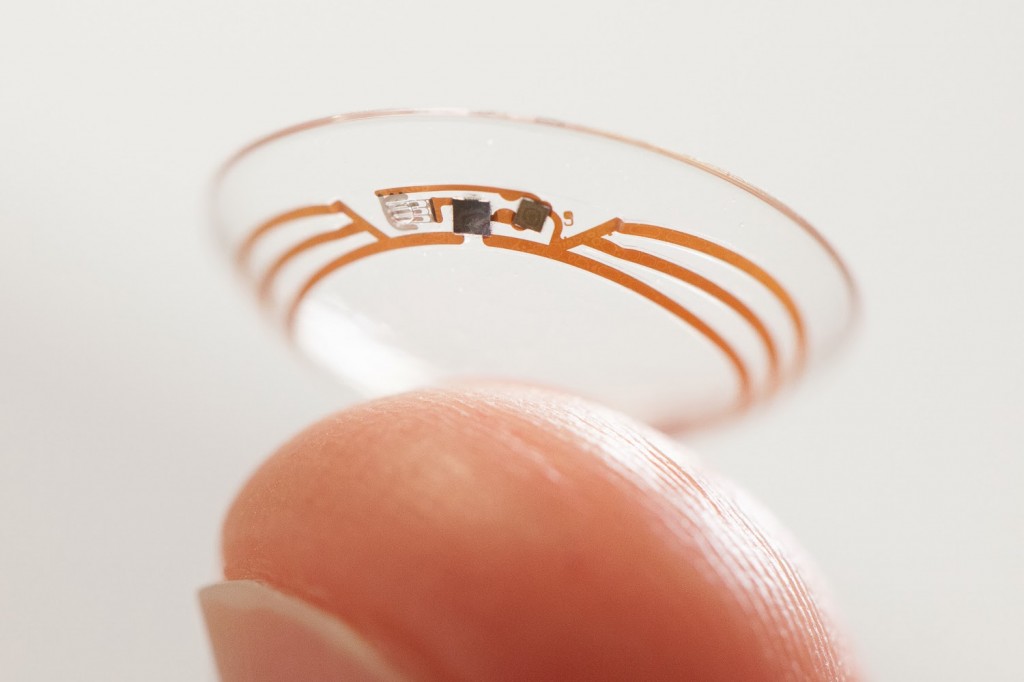 From the Google Blog:

We’re now testing a smart contact lens that’s built to measure glucose levels in tears using a tiny wireless chip and miniaturized glucose sensor that are embedded between two layers of soft contact lens material. We’re testing prototypes that can generate a reading once per second. We’re also investigating the potential for this to serve as an early warning for the wearer, so we’re exploring integrating tiny LED lights that could light up to indicate that glucose levels have crossed above or below certain thresholds.

Some industry leaders are claiming that the Google contact lenses will be tied to Google Glass.

But how will the device be powered? How well does it work. The Washington Post reports:

Right now, the company said, it can get a level reading once every second. The lens also features a tiny antenna, capacitor and controller so that the information gathered from the lens can move from the eye to a device — such as a handheld monitor — where that data can be read and analyzed. It will draw its power from that device and communicate with it using a wireless technology known as RFID.