Is treatment A better than treatment B?  This questions is often difficult to answer, especially if there is not head-to-head evidence comparing the two treatments.  In other cases, however, one can use indirect evidence.  For instance, one randomized controlled trial (RCT) may compare treatment A to C (e.g., a placebo) and another trial can compare treatment B to C.  In this case, one can use meta-analysis to measure the relative effect of A and B by using the C as a control for any trial-specific effects.

Conducting one of these studies, however, is fraught with challenges.  To address some of these challenges, an ISPOR Good Practice Task Force developed the following guidelines for indirect treatment comparison/network meta-analysis.

The figure below demonstrates how the network of RCTs creates estimates of the relative treatment effects across treatments A, B, C and D from data taken from Trials 1, 2 and 3. 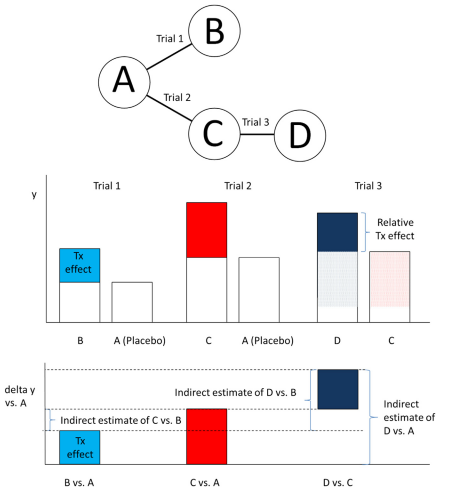 The results of a network meta-analysis can be diplayed with a rankogram, which shows the probability that each treatment is best. “For each outcome of interest, the probability that each treat-
ment ranks ﬁrst, second, third, and so on out of all interventions compared can be called rank probabilities and are based on the location, spread, and overlap of the posterior distributions of the relative treatment effects.” 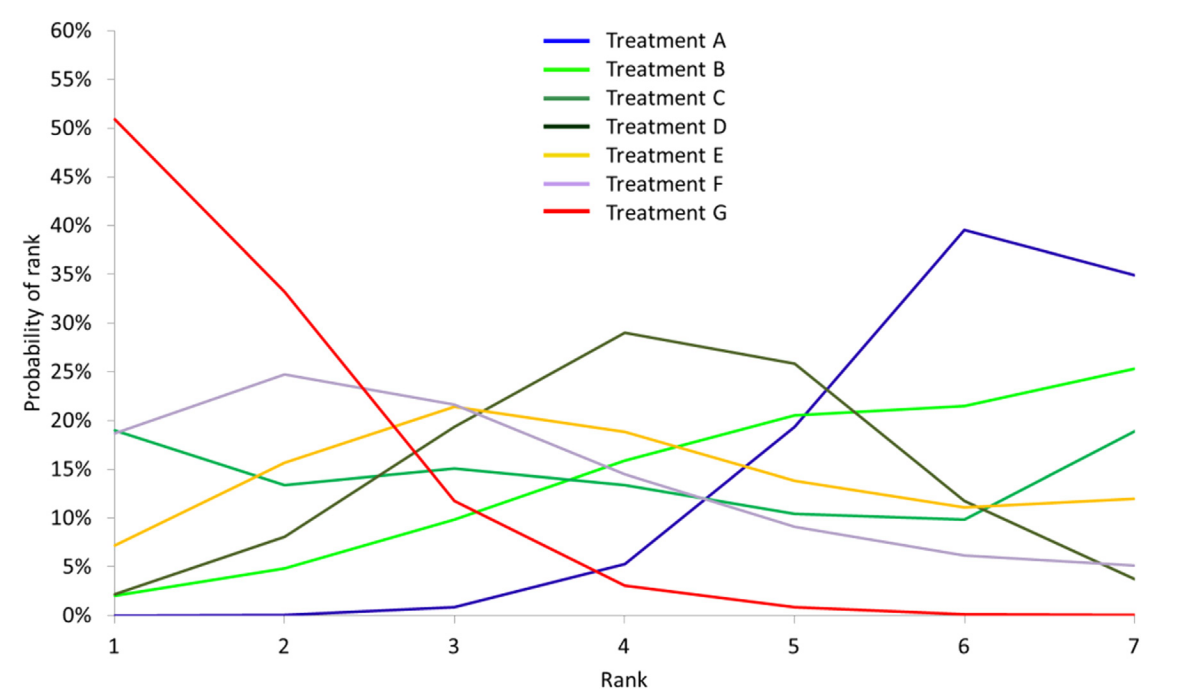