Expanding health insurance causes moral hazard.  Patients who bear a lower share of cost will inevitably use more health care serices.  On the one hand, this increases the cost of the health care system; on the other hand, the patients who receive the additional care likely have better health outcomes.

However, which services will patients who are newly insured through the Affordable Care Act (ACA) choose to use?  One way to predict this is to examine what happened after Massachusetts expanded their health insurance coverage (i.e., Romney Care).  It is likely that newly insured patients use more elective surgery. WonkBlog reports:

Michigan researchers examined surgery rates for people ages 19 to 64 between 2003 and 2010, which captured the experience just before and after the Massachusetts coverage expansion took effect in 2007. Comparing surgery rates to those in New York and New Jersey, the researchers found the coverage expansion in Massachusetts increased elective surgeries 9.3 percent three years after the law took effect. The increase was more dramatic among nonwhite populations (19.9 percent), who face disparities in care. 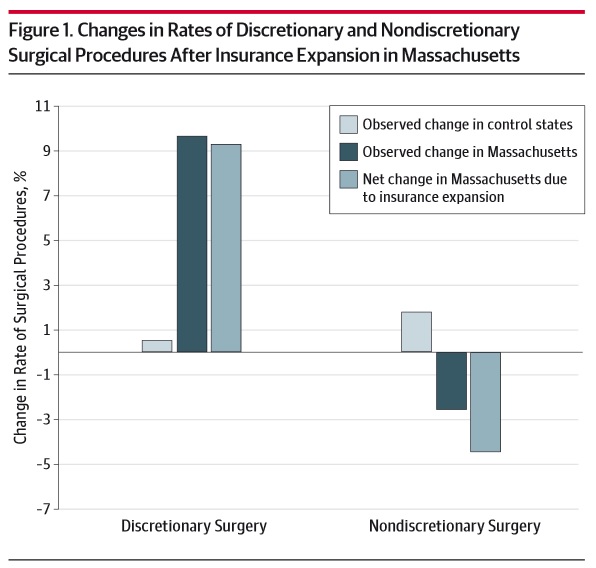