In 1995, Newt Gingrich claimed that Medicare would end. He stated that “going to wither on the vine because we think people are voluntarily going to leave it — voluntarily.”  Was he right?

In the one hand, Medicare total enrollment and spending is rising and the program still has widespread political support. 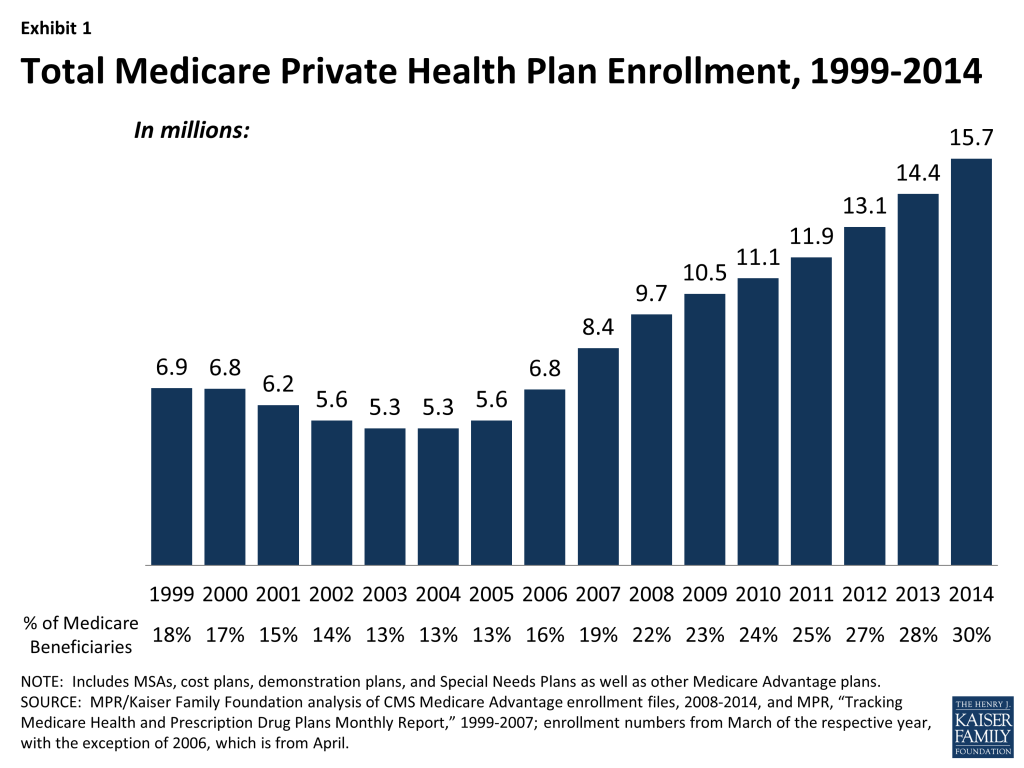 Medicare Advantage’s large increase in market share continues despite the fact that the Affordable Care Act cut reimbursement for Medicare Advantage plans by eight percentage points from their peak in 2009 (as measured relative to the cost of traditional Medicare coverage).

What explains this trend? Austin Frakt proposes some ideas: