In a series of papers, Coile, Milligan and Wise look at Social Security Programs and Retirement Around the World. In the sixth installment of the series, the authors look specifically at disability programs. Although stereotypically one would believe that most people exit the workforce due to choice and rely on Social Security, job pensions, and personal savings to finance their retirement, in many cases, workers become disabled and have significant difficulties working.

The paper finds that not only is there significant variation in the disability insurance programs across countries, but also the share of individuals who collect disability also varies across nations. 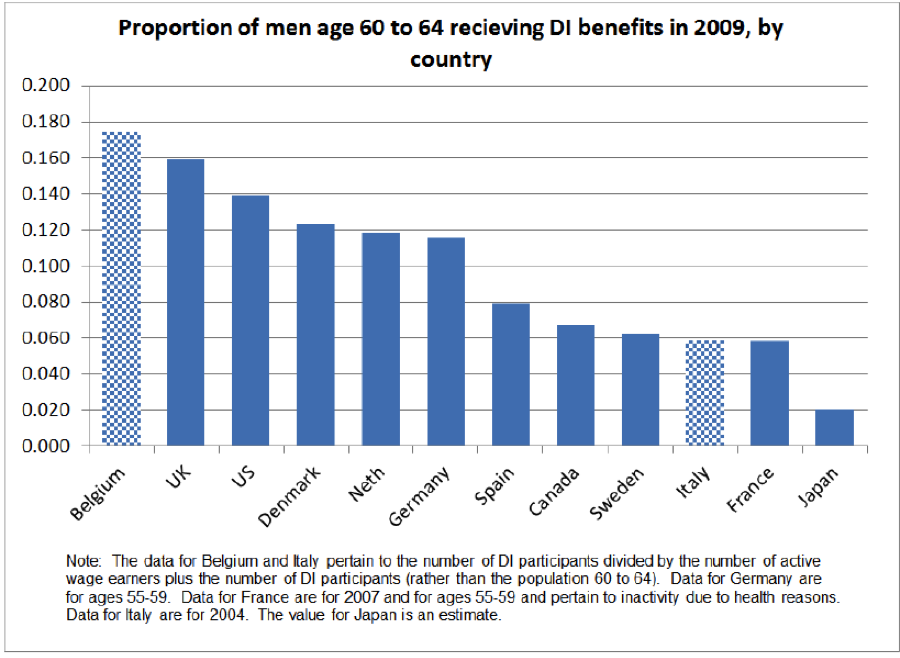 The authors key findings are described below: