In the past, many economists targeted 4% GDP growth as the long-run average.  However, in recent years long-run GDP growth has fallen to about 2% per year.  Is the US economic engine slowing down?  Maybe, not.

Growth in a country’s GDP comes from 2 components: growth in GDP per work and growth in the number of workers.  As the US population has aged and the fertility rates have dropped, labor force growth has flattened to around 0%; previously, labor force growth averaged close to 2%.  Now the economy is growing by about 2% whereas before this number was about 4%.  The Calculated Risk blog shows this trend graphically. 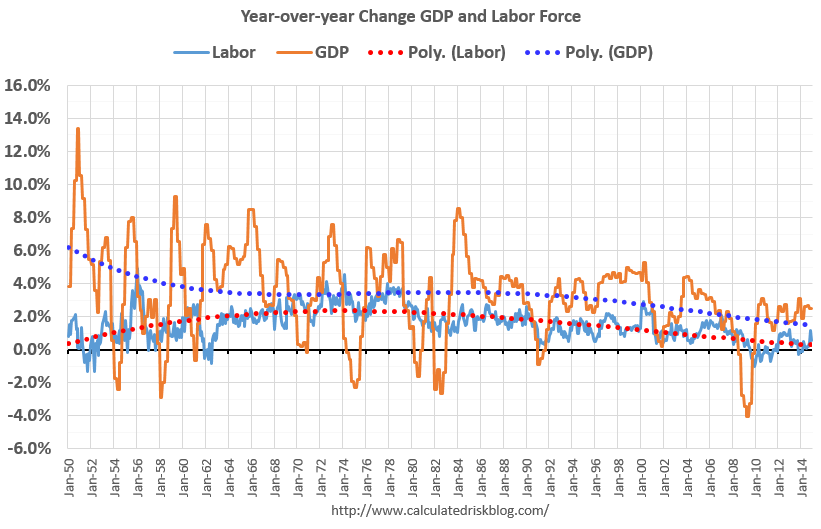 Using simple algebra, one can see that growth in GDP per worker has remained constant at around 2% per year.  Because labor force growth has fallen from 2% to 0%, however, overall GDP growth has slowed from around 4% to around 2%.

As Arthur Kemp once said, “Demographics is destiny.”