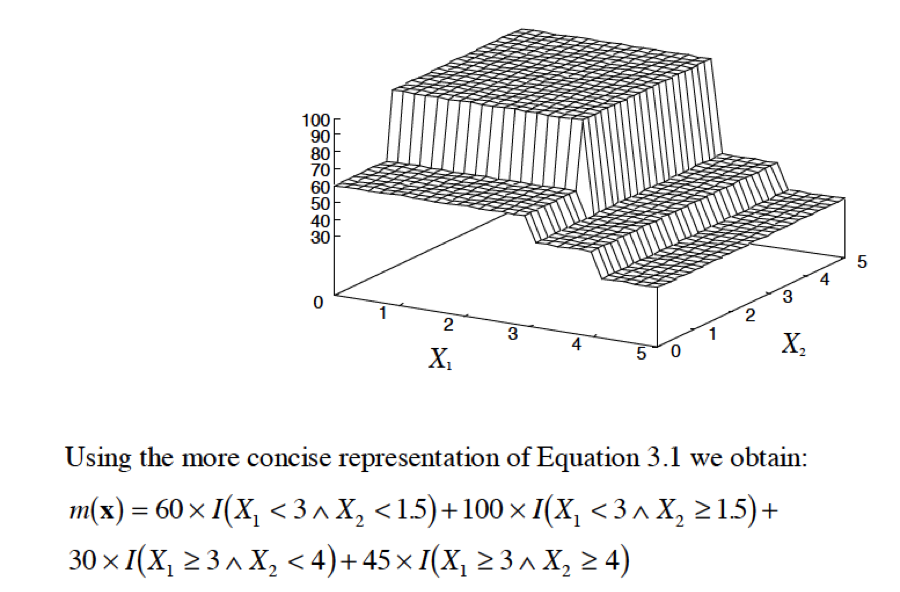 In practice, however, regressions have numerous variables. Further, more complex regression trees can allow for variable interactions while creating the partitions. Thus, regression trees risk becoming too detailed and losing predictive power. Typically, the user imposes stopping rules, such as a minimum sample size per node, a minimum increase in R-squared for each additional node, or using a validation sample to prune some of the leaf nodes.

The resulting risk adjustment formula shows an improvement in the adjusted R2 from 25.43% to 25.81% on the evaluation data set. Predictive ratios are calculated for subgroups affected by the interactions. The R2 improvement detected is only marginal. According to the sample level performance measures used, not involving a considerable number of morbidity interactions forms no relevant loss in accuracy.

Thus, although added detail and model sophistication can be a good thing, one must be sure to closely examine whether the additional complexity adds significant predictive value.   In this case it did not.