According to research from the CMS Office of the Actuary, healthcare spending growth is decelerating.  As published in Health Affairs:

In 2011 US health care spending grew 3.9 percent to reach $2.7 trillion, marking the third consecutive year of relatively slow growth. Growth in national health spending closely tracked growth in nominal gross domestic product (GDP) in 2010 and 2011, and health spending as a share of GDP remained stable from 2009 through 2011, at 17.9 percent. ..There were also divergent trends in spending growth in 2011 depending on the payment source: Medicaid spending growth slowed, while growth in Medicare, private health insurance, and out-of-pocket spending accelerated. 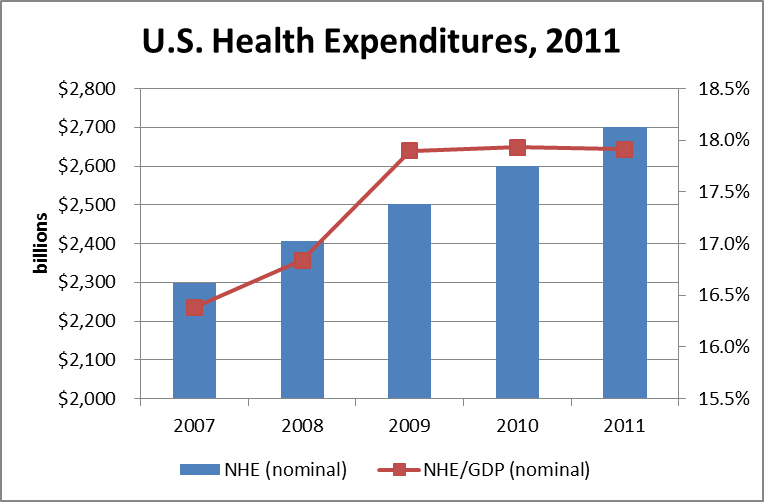 One can breakdown 2011 health spending as follows: 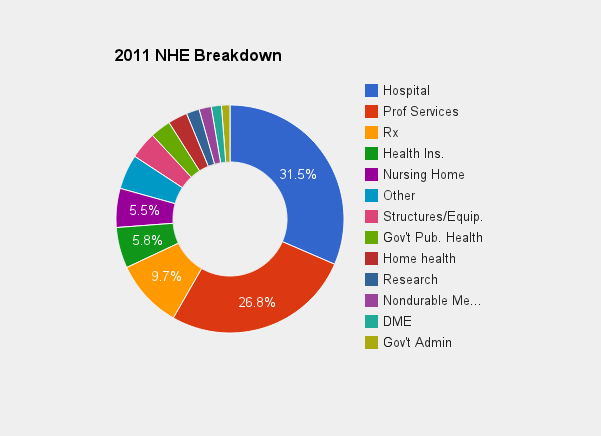 The chart below examines spending growth by insurance type between 2005 and 2011. 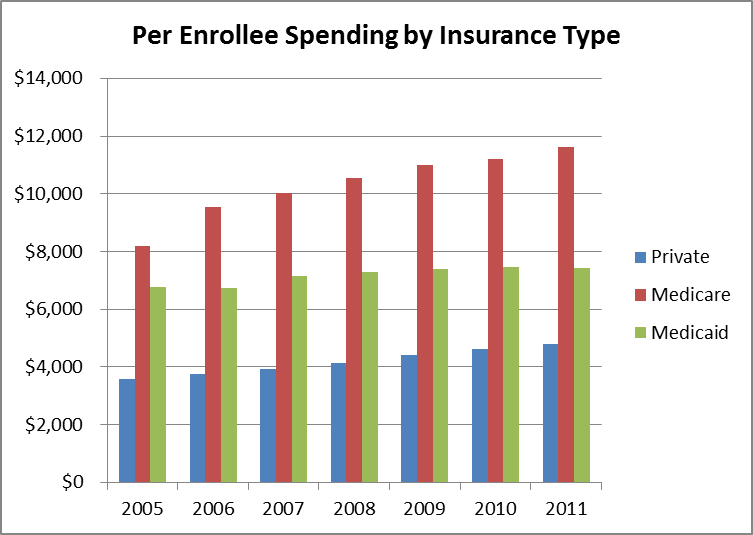 The authors conclude as follows:

The recent recession had an immediate and noticeable effect on the health sector because of high unemployment, loss of private health insurance coverage, and a reduction in the resources available to pay for health care. All of these factors contributed to historically low growth in aggregate health spending during 2009–11. In 2011, however, there were some signs of change, evident in faster growth in nonprice factors such as the use and intensity of health care goods and services. Additionally, insurance coverage expanded in 2011 for dependents under
age twenty-six, and overall private health insurance coverage did not decline as had been experienced in the prior three years