They found that low rate surgeons chose watchful waiting more often and tended to base their decisions on clinical history rather than immediate physical examination, the practice of high rate surgeons. They concluded that …practice variation ‘can be attributed to differences amongst specialists in their assessment practices: local difference in nature of specialist practice “create” local difference in surgical incidence ’; that is, a primary cause of clinical variation was the differences in medical opinion and not the differences in morbidity.

On way to standardize the supply of medical services is to use pay-for-performance (P4P) programs to incentivize best practices.  Maynard (2012) reviews P4P initatives such as the UK’s Quality and Outcomes Framework (QOF) and the US Premier Hospital Quality Incentive Demonstration (HQID).  He also outlines research questions to consider when designing new P4P programs.  A discussion of each is below. 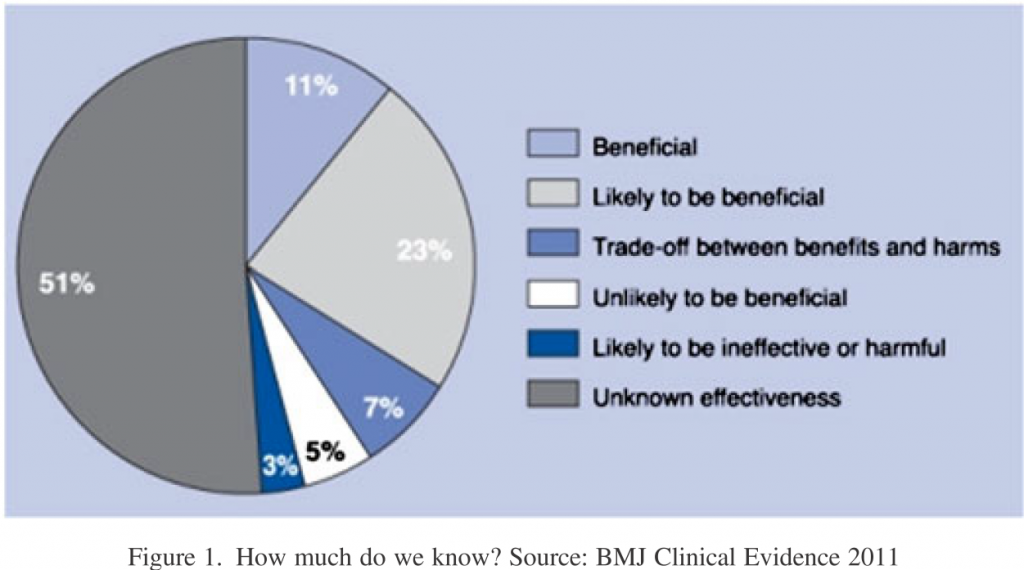