Numerous media outlets and academic studies have demonstrated that in the last few decades, income inequality has grown. However, not only are poor Americans making relatively less money compared to their richer peers in recent years, but poor individuals also have not experienced the same survival gains as the rich.

Louise Sheiner reports on a the findings of a National Academy of Sciences panel that found that “virtually all of the gains in life expectancy between the 1930 and 1960 cohorts are enjoyed by the top 60% of the income distribution.” 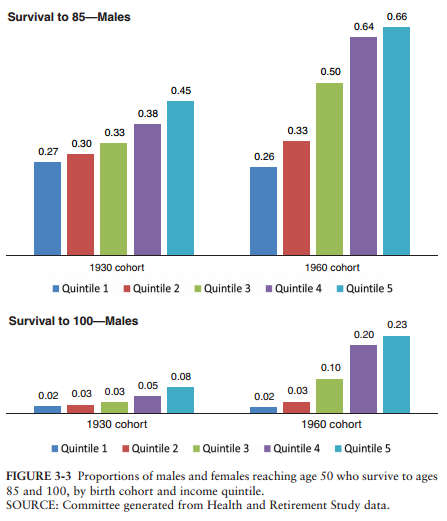