As describe in this recent Health Affairs article, as of 2011, your likelihood of being offered health insurance looked like this: 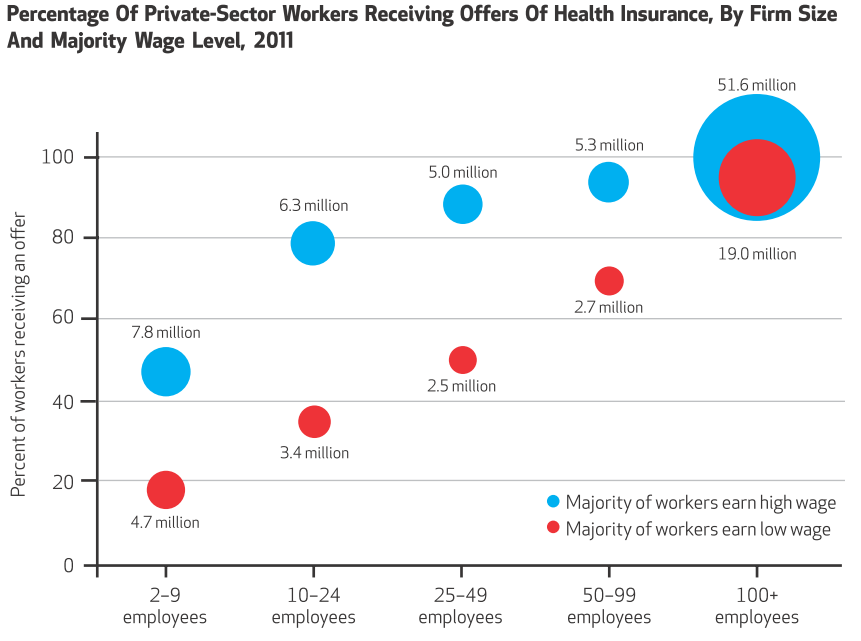 How will the ACA affect the share of individuals who receive coverage (and what type of insurance coverage they receive). This table describes some of the consequences. 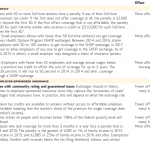 Popular reports indicate that many of these findings will likely be true. Trader Joe’s announced that it was dropping insurance coverage for its part-time employees.

What quantitative effect will the ACA have on health insurance level coverage? Experts from the Congressional Budget Office (CBO), RAND, the Urban Institute, the Lewin Group and the Centers for Medicare and Medicaid Services (CMS) make the following projections. 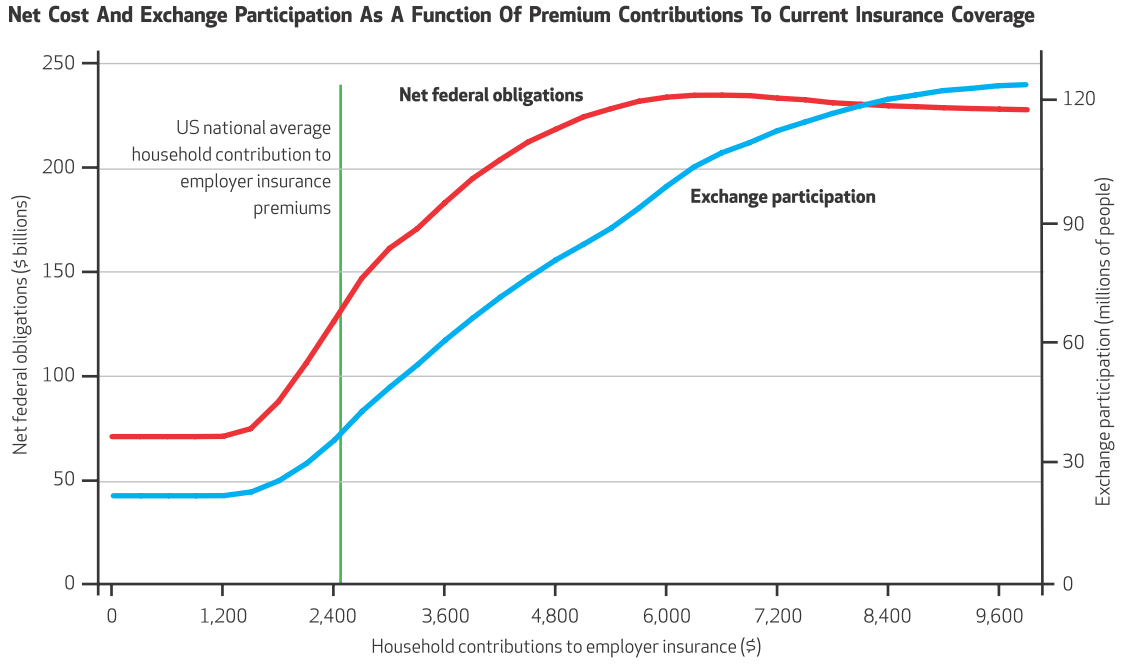 If more and more individuals move to the Exchanges, the federal government outlays to fund the Exchange subsidies may grow extensively. Jay Bhattacharya and co-authors find the following in a 2013 Health Affairs article.

We found that federal outlays and revenues for health exchanges were quite sensitive to changes in current household contributions to insurance. Because the extent of employers’dropping coverage is uncertain, our results imply that federal obligations will vary greatly based on the health care decisions of individuals, employers, insurers, and the government.