In some research I conducted with the Institute of Medicine, we found that there is little relationship between the geographic variation in Medicare and Medicaid spending.  Research by Todd Gilmer and Rick Kronick of UC-San Diego conduct their own research using Medicaid data from 2001-2005.  Like my own research, they find that a state’s per beneficiary Medicaid spending levels have little relationship to its Medicare spending levels. 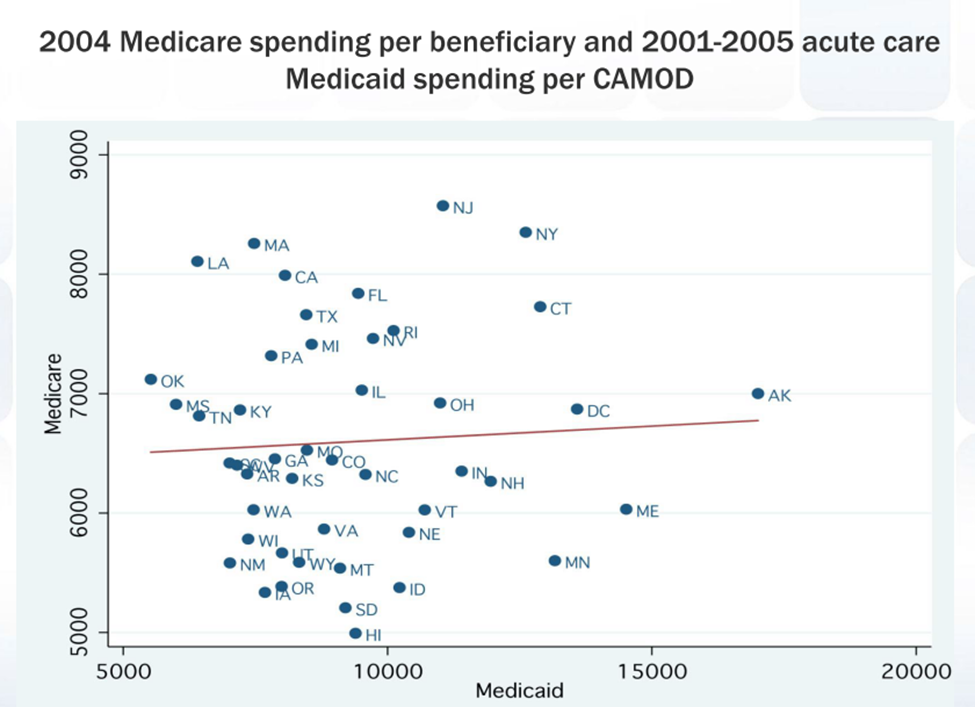 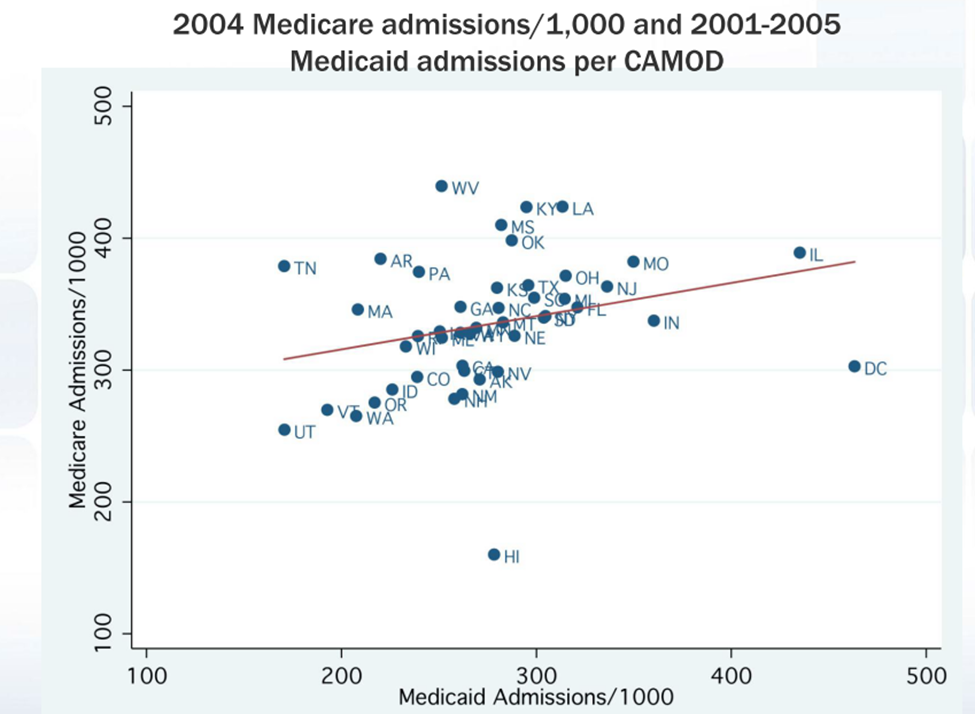 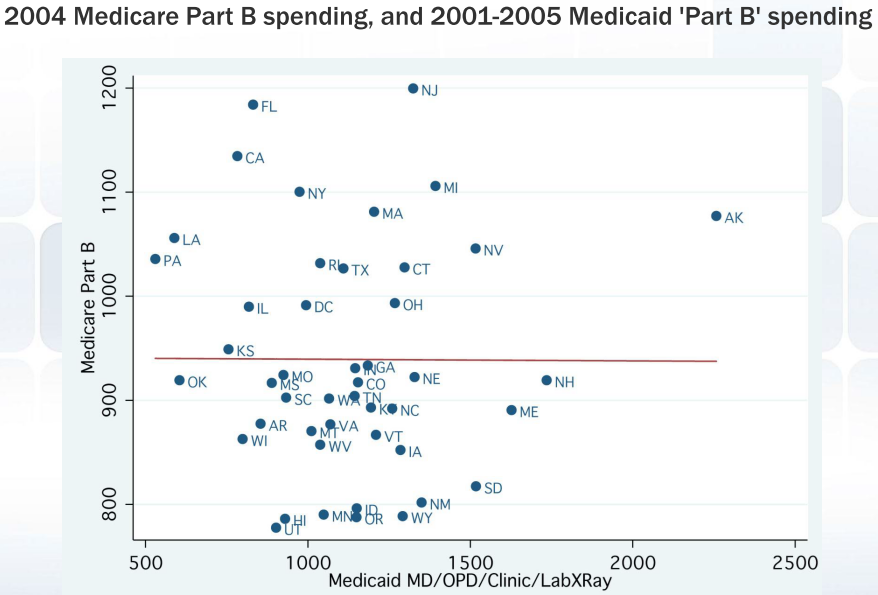 Although this finding may surprise some readers, it does make sense.  Medicare is administered at the federal level.  Although states receive funds from the federal government, Medicaid is administered by States.  Not only do reimbursement rates and provider culture vary across states, but the services that are covered by Medicaid also varies by State.

Kronick and Gilmer do find that once you control for this state-level variation, there is a strong positive correlation between Medicare and Medicaid spending at the HRR level. 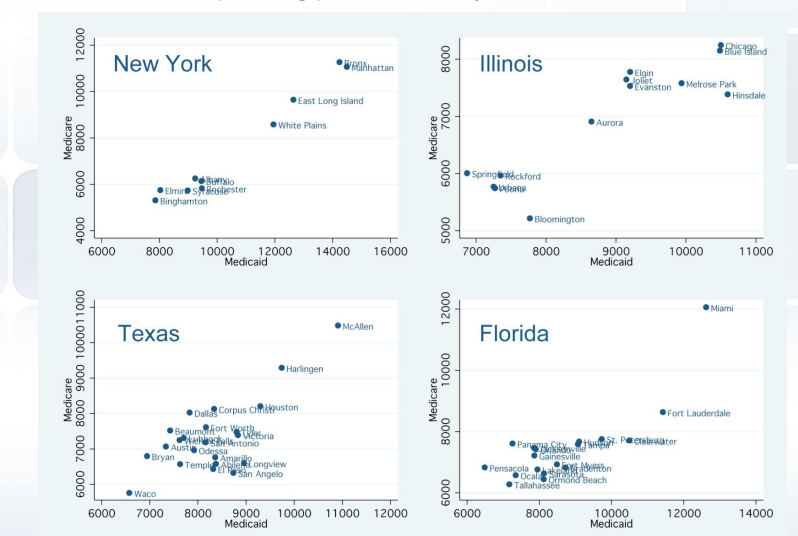 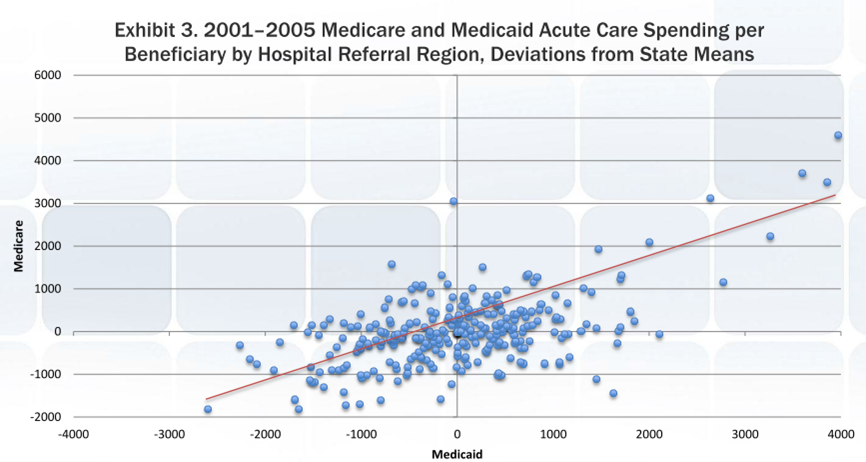 Gilmer and Kronick find a strong correlation between Medicare and Medicaid spending one one removes state-level effects.  Why are these results different from the IOM report.  Some potential explanations include: