PwC’s Health Research Institute projects what is going to happen to health spending in 2015.  According to their annual report, Medical Cost Trend: Behind the Numbers: 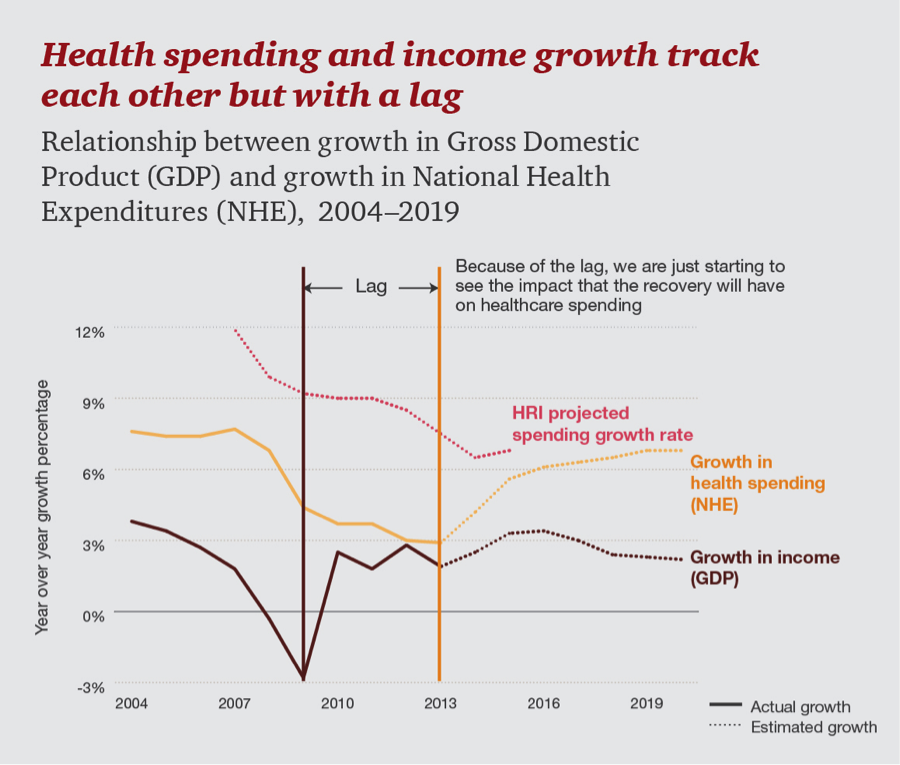 At first glance, the health sector [in 2015] appears to be reverting to historical patterns of bouncing back as the nation recovers from the economic doldrums. Whether spending more freely because of the improved economy or shopping with insurance provided through the Affordable Care Act, consumers triggered the first bump in growth in the first quarter of 2014. We expect that to continue through next year.

But other factors are helping to moderate that growth. The $2.8 trillion industry is becoming more efficient. Doctors and hospitals are adopting standardized processes that offer the prospect of better value for our health dollar. ‘At-risk’ payment models that hold healthcare providers financially accountable for patient outcomes are beginning to take effect. One tangible sign of shrinkage: growth in healthcare system administrative and clinical employment has declined since 2011.

And major purchasers—namely the federal government and large employers—are tamping down the spending growth rate analyzed in this report, in part by demanding greater value and in part by shifting financial responsibility to consumers.