This is according to a Urban Institute study by Karpman, Long and  Zuckerman (2016).  They look at changes in the uninsurance rate and in the rate of full-year insurance coverage for nonelderly adults (ages 18 to 64) overall and by state Medicaid expansion status.  They found that:

The uninsurance rate for nonelderly adults fell from 17.6 percent in September 2013 to 9.9 percent in March 2016, a 43.8 percent decline representing 15.5 million fewer uninsured adults. 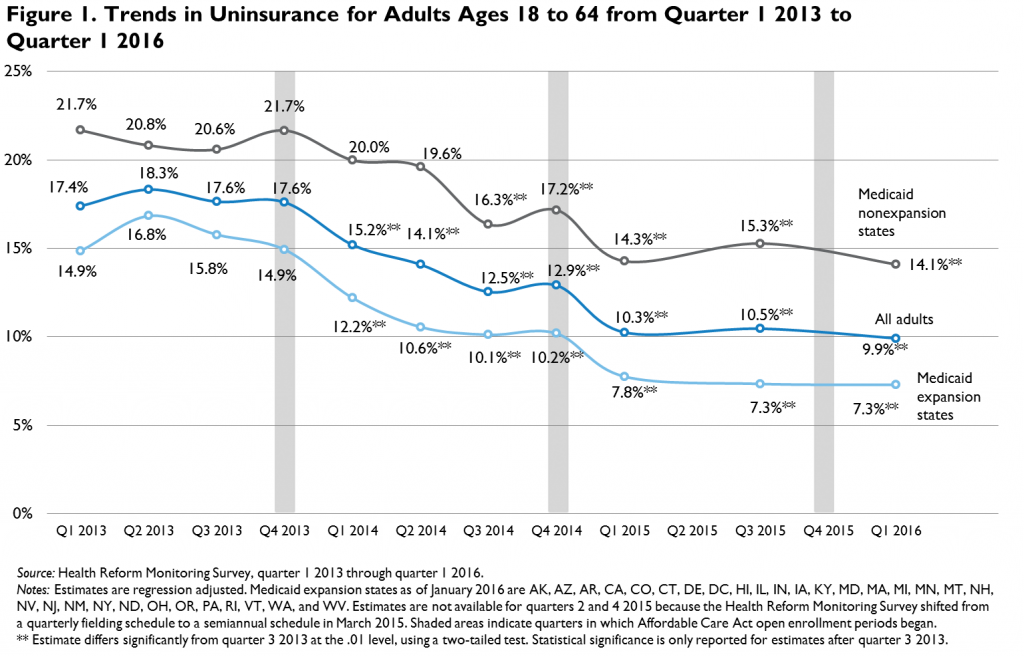 Additionally, we see the largest drop among the lowest income individuals in Medicaid expansion states. 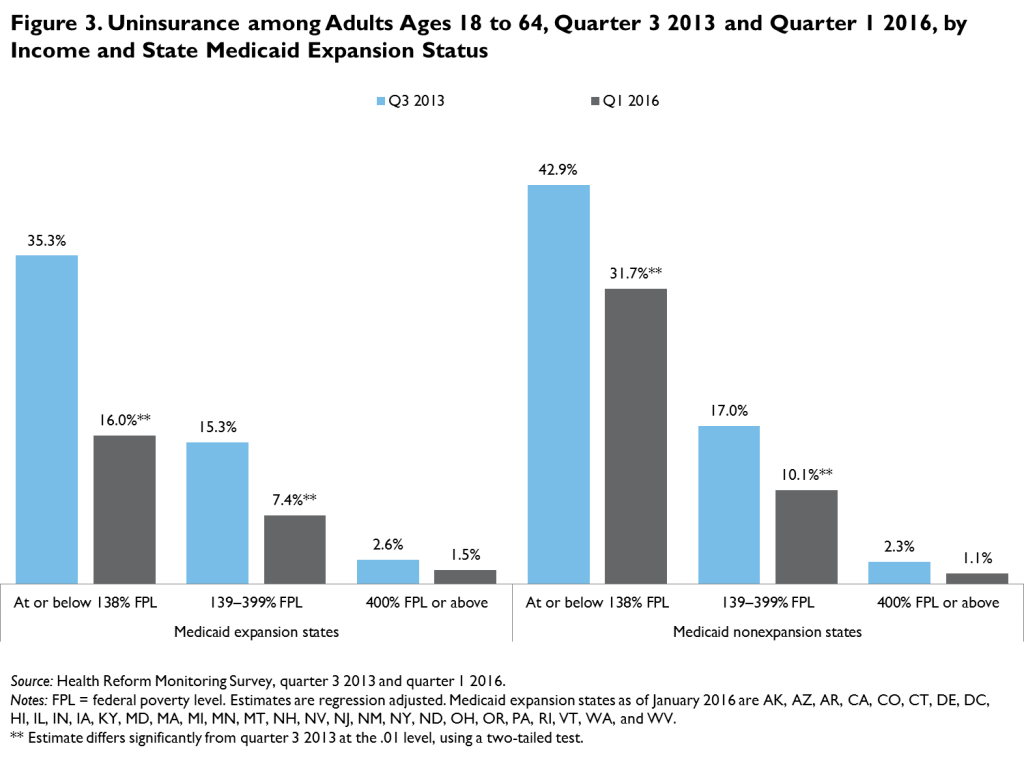